How we became the oneQclub

I remember one day when I sat on my bed with 7 Quetzales left in my hand. I didn’t eat for almost two days. I had struggles with my choosing this path. Bill said: «Hey, welcome back to the 1 Q Club! You know, at least we have a roof over our head and a bed, something many people here don’t have. It’s something to be thankful for». I smiled and found faith again. That is how the oneQclub was born..

The oneQclub is a community that came into existence a year ago – faith and intuition led us together. Our planet is in trouble and needs help. That is why we dedicate our time to serve it. Helping each other in a truly compassionate way, knowing that the universe provides us with what we need,  that is what the oneQclub stands for! We work for free with bio-electric devices called Spooky 2 and RSG 2 (Research Signal Generator), SOTA ’s magnetic pulser, silver pulser, bio tuner and light machines and a natural antibiotic called Nano Colloidal Silver. We follow the vision of a Doctor who has been involved in humanitarian aid in Guatemala for over 20 years, setting up free clinics for thousands of indigenous villages, putting nurses and doctors in school, collaborating with hospitals, universities and the congress in order to research and elaborate improvement formulas for various diseases – from Dengue to Cancer and HIV. For his incredible work he holds the highest honor of Guatemala City for helping the poor, given to him by the former president of Guatemala, Alvaro Arzu. 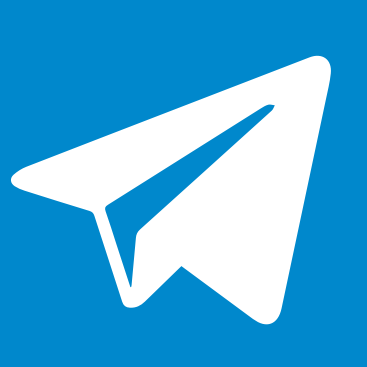 Dr. Bill has been passionately working in Guatemala for over 21 years. Determined and dedicated to helping indigenous people, he created and participated in some of the most amazing and impacting projects in this country.

To this day he works with former congress woman Rosalina Tujuc. Together they set up many clinics all over Guatemala and help indigenous families medically as well as with psychological trauma release from the past 30 year long civil war. (R.E.M. and E.F.T.)

Dr. Bill has also set up programs with Dr. Peter at the Ford Foundation to empower the women in the villages that experienced physical and mental abuse.

He collaborated with various universities, teaching psychology in the University of San Carlos. He set up in debth blood analysis for approaches to heal Dengue led by leading hospitals of the country. He collaborated with Dr. Rolando Menesses – former head doctor of the WHO in central america – and convinced him, that Dengue can be cured with bio electric frequencies. He established a way to improve the lives of HIV patients with the hospital in Chichicastenango, Guatemala.

Additionally he has been traveling around the country, from Monterrico to Nebaj, from Yaxha to Polochic in order to set up free clinics and hospitals to treat indigenous people. And in many cases he paid for scholarships for local people so the villages would have nurses and doctors in the future.

Dr Bill received the highest honor of Guatemala City for helping the poor by the former president of Guatemala, Alvaro Arzu, which by the way got treated by Dr. Bill from his terminal skin cancer that went into all his organs. Doctors said he would live two more weeks. He died 11 years later from a heart attack – he got struck by a lightening. The autopsy showed no cancer marks whatsoever. Sebastian is a former teacher with a Master’s degree in Arts of Secondary Education for Mathematics, Music and Sports. He dedicates his time towards documenting about the doings of the oneQclub while helping out setting up the free clinics in the mountains. In his free time he raises money by doing in debth hand analysis (chirology) that pays for basic expenses so he can continue helping the poor. Dr. Bill holds a PhD in medicine and specialized in Tropical Medicine. He also holds a Masters in Psychology and Theology. He has been passionately working in Guatemala for over 21 years, determined and dedicated to helping the indigenous, together with universities, hospitals, doctors, congress people and presidents– with stunning results and an incredible impact on improving countless lives in Guatemala.

With only $2 you could save a kids life. How? In some poor areas, many people suffer from scabies. Mothers scratch off their nipples and can no longer breastfeed. It is pretty sad to see.

It is one of the most intense experiences to go out and help. To meet a family that has been raped through the night, some even killed in front of their beloved ones. To hear their stories. To do EFT (Emotional Freedom Technique) with them and see them leave their house the next time for the first time after 20 years. With tears in their eyes, they say they are no longer ashamed. Finally, they can move on.

Our long term vision is to be able to buy a piece of property. Once in possession we intend to build a self sustainable organic farm which includes a school for indigenous cildren and adults as well as health center that is free. On this land we can treat the ill and educate the uneducated about growing food in a sustainable way and how to cure illnesses with natural plants and nutrition. Additionally we plan to add a research center to improve our own knowledge. The facility will be self sustainable – the income from crops will cover the costs for the schools expenses as well as the the hospital.

The oneQclub is not an officially registered organization. All our activities are privately organized and everything published under the name „oneQclub“ is privately owned. We can not be held responsible for the improvement of peoples health we treat. The products we talk about are not intended to diagnose, treat, cure or prevent any disease. All information presented here is not meant as a substitute for or alternative to information from healthcare practitioners. All information here is only for informational and research purposes. We are a privately organized and financed group of people doing research towards their own interest with no affiliates.

I deeply dislike this kind of disclaimer but it is needed. You are free to try out the machines and make up your own mind about bio electric medicine and methods discussed on this website.  You do it in your own responsibility.